Back to all posts

Tim on the cover of Flatpicking Guitar Magazine March-April '16

Tim was featured in a cover story by Dan Miller in Flatpicking Guitar magazine's March-April 2016 issue (Volume 20, No. 3).  Sadly, FGM is in its final year of publication, and has decided to "catch up" with artists profiled earlier in the magazine's history, including Tim, Jim Hurst, Bryan Sutton and Kenny Smith. Tim was originally featured in the January/February 2001 issue of the magazine (Volume 5, No. 2).  Both issues are available on the FGM website (click photo). 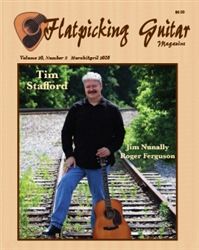